Back to all posts

After a long wait Activator is out on Spotify and Itunes!

Thanks for your patience and I hope you listen to it front and back! 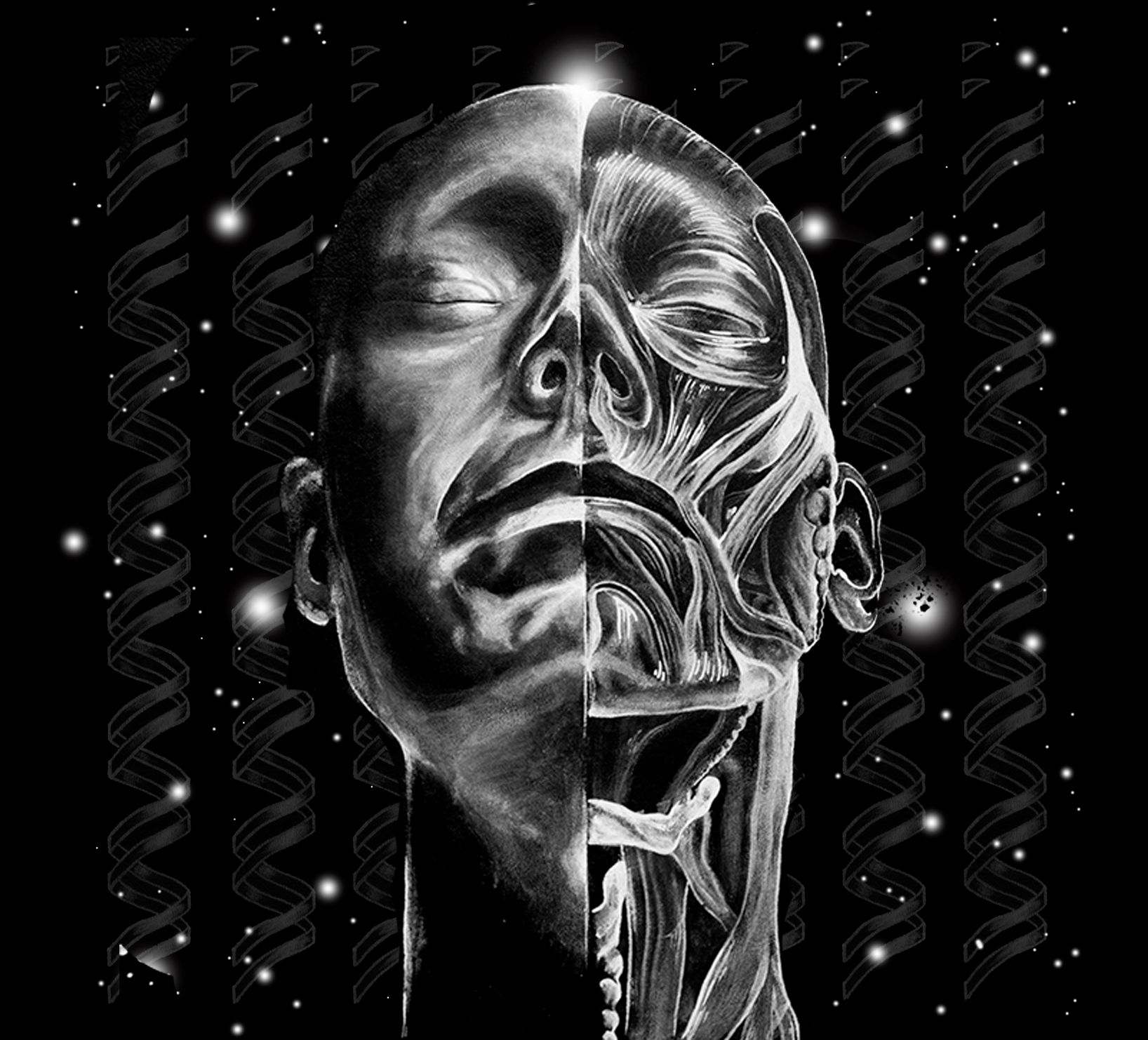 and in October we'll be opening up for Papadosio!

Below I'd like to post an album review for Activator written by a dear friend of mine!

Big Atomic - Activating What’s Hidden in us all

Big Atomic’s new album Activator was released to the public on June 21st in an effort to make the world boogie and tap some of the latent potential hidden in each of us. Activator is a funkalicious album that falls in with the festival jam scene seamlessly. It’s an album that is meant to be experienced psychedelically if that’s your jam, but at its core it’s meant to be felt, to be danced to, more then it’s meant to be logically understood. However I’d like to take some time to talk about what the album is doing, and what exactly it’s trying to activate in hopes that maybe we can help some people find the changes that it’s offering.

So what is Activator trying to activate? It’s not exactly a secret, from the get go the album is all about bringing out the love in each of us, of shattering the illusion of the separate selves, and reuniting us in a beautiful dream of unity. This dream is age old, but just as important as ever, perhaps even more so in an increasingly alienating and competitive world.

The album begins with the short track ‘Launch.’ The song induces a sort of hypnotic trance that brings you into the album. For the trippy crowd this is the song that prepares them for the journey their about to begin. Then really launches or takes off with ‘Cosmic Interstellar Funky Mustache Ride’ as the horns come in loud, demanding your full presence. The vibe here is full jam, both musically and lyrically asking you to dance. If you can’t tell from the name, the song isn’t taking itself too seriously. This is meant to be fun, it’s meant to be danced, it’s a vibe mean to be felt. But while the song isn’t exactly real #deep its purpose here can’t be undersold. At its heart, jam music is all about bringing people together and it does this primarily through the shared dance. So calling out to the people to move, to dance, to fall into the funk and groove together is how the album immediately starts to try and create this connection and dissolve the boundaries.

Next we transition into ‘Better for you,’ which keeps the jam and funk going. Pace wise this is important because it’s giving you time to fall deeper and deeper into the album into the groove. This song is fast and fun, and has that bit of lyrical fuck you’ness with the chorus that gets people identifying with it and raises the energy as well as taking a stance against the preacher in the following track ‘Sanctimonious Preacher.’ Sanctimonious means to pretend to be morally better than other people, and it’s clear here how the same person calling for you to change in a way that’s better for them is(/can be) the sanctimonious preacher. Here the jams slow a bit as we get into our first strongly lyrical message of the album. There’s a bit of anger revealed here, “entitled little rich kid,” ~~~~ “you think the world revolves around you,” but it never stoops so far as to hate or really mock, and instead challenges them with “can you see the beauty?”

Now a cool little note here about this moment with “can you see the beauty?” Songs like this that work to try and call out those who separate and claim superiority to others fall risk to being the very ones they call out by separating themselves and claiming superiority to these others. ‘Sanctimonious Preachers’ avoids this by offering up as a plea, rather than a command, it’s own vision of connection in the second half (as well as facing its own faults later in ‘Face the Music’), but even more subtly it uses the jam interludes to avoid this. Whenever we get the “can you see the beauty line?” instead of dropping the music entirely in order to emphasize the point, and make a command out of the statement, the song and music just continue forward. This isn’t a stop and let me show you moment with the drop trying to self-aggrandize, it’s a can you see what’s been here the whole time moment? And I love how not pretentious that is in a song that thematically runs the risk of being a victim to itself.

Anyway the second half of ‘Sanctimonious Preacher’ is the first time on the album we get the vision of the possibility of life connected. It’s here we get to understand what it means to see the beauty. To feel that you have the friends, and the ability to do anything that the sanctimonious preacher of the first half feels they have. The jam continues with some strong solos and riffs, until we end up in the peace of ‘Recess’ following the long seven minute song. ‘Recess’ has the feeling of the short break of its namesake, and even the same playful element when the guitar and drums come in towards the back half and flow perfectly into ‘Showdown in Odessa.’

‘Showdown’ is a fun instrumental track that for the trippy folk will dive them deep and create the space for the activation. In the wake of ‘Sanctimonious Preacher’ we can carry over the opposition of the separator into ‘Showdown.’ But in ‘Showdown’ you never get the feeling that whatever showdown is happening is an extensively violent one. It has the intensity of conflict, but gives the feeling more of two brothers competing over the same love rather than a fight to death out of hatred for one another. If the song is fighting here against the sanctimonious preacher than it’s not fighting to beat him, it’s fighting to show him ‘The Beautiful Dream.’ In fact the songs flow so perfectly together that if you were listening without tracklists you probably wouldn’t even know they were seperate songs.

Now if ‘Sanctimonious Preacher’ starts the heart of the album, then ‘The Beautiful Dream’ starts the heart of the heart. This song offers the vision of what the album is hoping to activate and bring to reality. “We must learn to love one another, love each other like sisters and brothers, we’re all one in the same so throw down your bigotry and all your hate we got one heart one planet and one mind let's put them all together and make use of this time.” This is the dream of unity at the heart of the album, this is this album’s dream, this is it’s highest hope, and it’s here where it promises that it can happen if only we all stop sleeping and bring this dream to life.

But ‘Beautiful Dream’ is only the start of the deepest heart of this album because the next track ‘Face the Music’ offers the sober waking up to the gulf between this dream and our own lives. Musically we slow down a lot here, and create a very vulnerable feeling. ‘Face the Music’ asks can we really handle it? Can we really make the dream real if we’re still caught “in the same old dance,” going to the same bars, looking for the same old highs that only slip further and further from us? To be honest, although it musically and tonally stands out as the lone true downer song of the album, without it, the album wouldn’t have the honesty or vulnerability it needs to really activate anyone. ‘Face the Music’ asks you to face yourself, by facing up to its own failures to live the dream you’ve been promised.

Then just as you reach the bottom, and start to doubt whether you can ever really change, or if you’re better off just dreaming and leaving the world behind, ‘Tae’s Song’ comes in with what may be the most profound promise of love on the whole album. ‘Tae’s Song’ is a short instrumental number, keeping the soft vibes from ‘Face the Music’ but upping the tempo. Without saying a word this song promises sunsets holding lovers hands, and all the little things that make life worth living. It’s here we learn to see the dream not with despair over our drunken failures, but with the small tender hope of a new morning and the promise that it’s all okay.

Now the horns blare back in with ‘Extra Hug Deluxe.’ Extra hug is the spiritual sequel to ‘Cosmic Interstellar Funky Mustache Ride,’ and whatever angst ‘Tae’s song’ didn’t heal with it’s gentle kiss on the cheek we’re gonna hug out with the super funky jams. This song gets people back into their bodies, and gets them back dancing after the slow and more internal journeys of the previous few songs. We get a long love filled jam session here at almost seven minutes before we transition beautifully into ‘Return.’ The wrap around of the hypnotic flute trance from ‘Launch’ here is bound to blow some trippy folks away.

Finally we cleanly transition into ‘Human Training.’ From the ‘Launch’ and ‘Return’ track titles we get the idea here that our journey to activation has been completed, and we’re now being taught how to rejoin the world. The music here turns darker then the light funky jams of ‘Cosmic’ and ‘Extra Hug.’ Even though we may have been activated, the world with all its suffering and problems has not, and here the anger at the powers that divide and separate us reach their ultimate crescendo. The beat starts to fall apart and become spastic as the lyrical singing transitions into what’s more like a spoken word poem or flat out rant that captures the frustration of the continued illusion of divison in the face of the clear truth of our connection in a fever pitch that feels like its screaming up at the clouds, at you, at me, at anyone and everyone that tears us all apart. But the music finds its way back, like it always does, and the song finds its lyrical singing again like it would always would and journey ends.

Activator may not offer an entirely new sound, or combat themes that have never been touched on before. But it offers an authentic journey towards the capital T Truth of our fundamental interconnectedness that has always been, and always will be, if only we’re willing to wake up and make it a reality. Go give it a listen, and make sure you dance while you do. Love, Alex Earnest